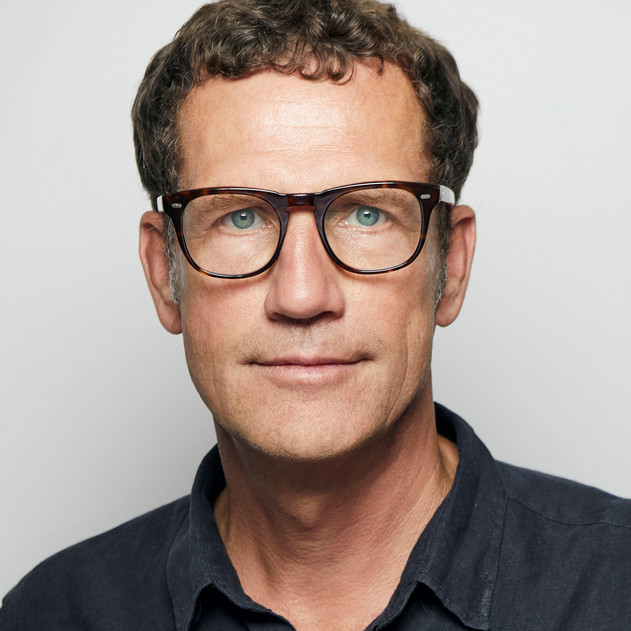 After graduating from the academy of fine arts in Berlin, Joachim Sauter studied at the German Academy for Film and Television, Berlin. Since the early 1980s, he has been working as a media artist and designer. From the beginning, Joachim Sauter has focussed on digital technologies and is experimenting how they can be used to express content, form, and narration. Fuelled by this interest, he founded ART+COM in 1988 together with other artists, designers, scientists and technologists.Their goal was to practically research this new up-and-coming medium in the realm of art and design. Until now, he is leading this interdisciplinary group. Since 1991 he is full professor for "New Media Art and Design" at Berlin University of the Arts, since 2001 adjunct professor at UCLA, Los Angeles and in 2016/2017 he was fellow of the German Academy at the Villa Massimo in Rome. His work was shown at 'Centre Pompidou' Paris, 'Stejdilik Museum' Amsterdam, 'Museum for Contemporary Art' Sidney, 'Deichtorhallen Hamburg' , Kunsthalle Wien, 'Venice Biennial', 'ICC' Tokyo, 'Getty Center' Los Angeles, MAXXI Rom and many other exhibitions. He received numerous awards like the 'Golden Lion, Cannes', the 'D&AD Black Pencil', the 'Ars Electronica Interactive Award', the 'British Academy for Film and Television Interactive Award', ADC New York and ADC Germany Gold, the 'Grand Clio', the 'Red Dot Grand Prix', the "Designaward of the Federal Republic of Gemany" and many other national and international awards'.

Five mirror-coated flat disks seem to float through space in unison. Three spot lights in the three primary colors, red, green and blue (RGB) project a circle of white light on the floor.

The sculpture, which brings to mind an exploded disco ball, covers the surrounding walls in scattered points of reflected light from which the words “RE TROUVE LE TEMPS PERDU” are composed over and over again.

A chrome-plated surface with complex wavy facet structures depicts a frozen moment in time of the continuously flowing Yeong San River, which the exhibition space is close to.

A grid of one hundred white prosthetic hands actuated by stepper motors, enabling them to rotate around their own axis are mounted on a wall. Each hand is holding a small mirror in a precisely calculated alignment. adjacently positioned bright light source shines on this matrix covering approximately 4 square meters, causing the turning mirrors to cast small moving light spots across the space.