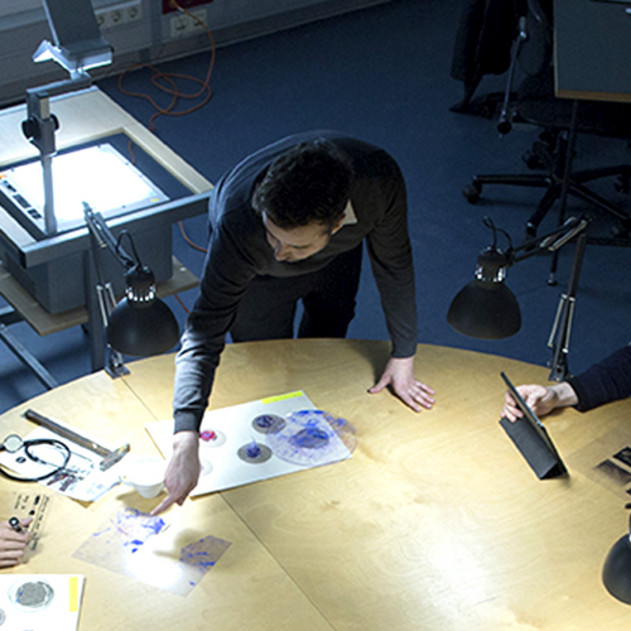 Luiz Zanotello (1986, Jundiaí, Brazil) is a media artist, researcher and educator who has been teaching new and electronic media in the New Media Class since the winter semester 2017/18. He received his Master's degree in Digital Media from the Hochschule für Künste Bremen in 2017 and his Bachelor's degree in Design from the Universidade Estadual Paulista (São Paulo State University) in 2012. He has worked as an interaction and multidisciplinary designer in different fields with various studios from 2006 to 2013, and has been conducting his own artistic practice as well as academic activities since then.

His work occurs within New Media Studies, often by designing new imaginaries with technology and exploring its narrative, material and critical aspects. In recent years, his work has been exhibited worldwide at venues such as the Electronic Language International Festival in São Paulo and Rio de Janeiro (2011 and 2012), the Museum für Angewandte Kunst in Vienna (2013), Dubai Design Week in Dubai (2015), the ISWC/UBICOMP in Osaka (2015), the Resonate Festival in Belgrade (2016), the European Media Art Festival in Osnabrück (2017), the Fiber Festival in Amsterdam (2017), the KIKK Festival in Namur (2018), and the Museum of Contemporary Art in Zagreb (2018).