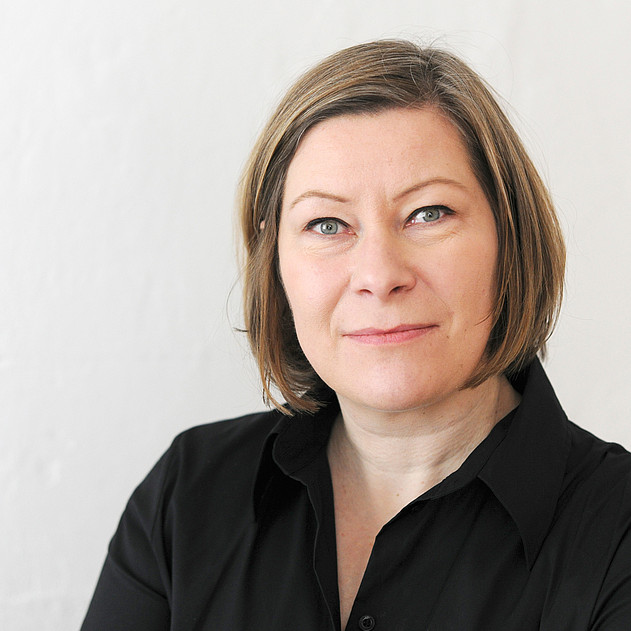 Kora Kimpel has been a new media designer and design consultant for various private clients and research projects for many years. Since 2004, she teaches "New Media / Interface and Interaction Design" as a professor at the Berlin University of the Arts. From June 2012 to May 2015 she accepted office as First Vice-President. Since 2015, she is dean of studies and manages the hybrid platform, a transdisciplinary project space for the exploration of future-oriented topics and questions, run by the Berlin University of the Arts and the Technische Universität Berlin. Since 2009, Kora  Kimpel has been collaborating with the Fraunhofer Center for Responsible Research and Innovation on various research projects dealing with user-centered research designs and ideation methods. She acts as an expert and jury member for various institutions and organized international conferences. Kora Kimpel’s main teaching and research interests explore the possibilities of digital media: From physical computing to generative design modules, she uses, investigates and manipulates new technologies. Her work further focuses on basic research in digital design, the study of visual forms of expression that can be described using algorithms, as well as the development of methodologies and procedures for creative and innovation processes.

She is a member of the board of the German Society for Design Theory and Research (DGTF).

Prof. Kimpel studied Industrial Design, specialising in Interface Design, at the Braunschweig University of Art and the Universidad de Bellas Artes in Barcelona.

She completed her studies with the multi-award winning diploma thesis "Computer as a teaching medium" in 1995. From 1995 to 1999 she has been working as a freelance interface and interaction designer in the field of exhibition design for clients such as the Axel-Springer-Verlag and the Heinz-Nixdorf-Museum. From 1999-2002, Kora Kimpel was Design Director “Online Strategy” at MetaDesign in Berlin where she oversaw international digital customers such as Volkswagen, Novartis and Audi in their digital design strategy. The design of the award-winning Audi Car Configurator is also falling within this period. From 2002-2004 she was a partner of the design office "5.6". Since 2004 she has been working with her own agency in a network of various designers in Berlin. Her work ranges from exhibition design, process and service design to interface and interaction design and she has been awarded various prizes.

2015–2018      The Knowledge Triangle, Cooperation with Fraunhofer Center for Responsible Research and Innovation, Federal Ministry of Education and Research

2011–2012      Shaping Future,  in Cooperation with Fraunhofer Center for Responsible Research and Innovation,  Federal Ministry of Education and Research

2010–2013      Discover markets, in Cooperation with Fraunhofer Center for Responsible Research and Innovation, Federal Ministry of Education and Research