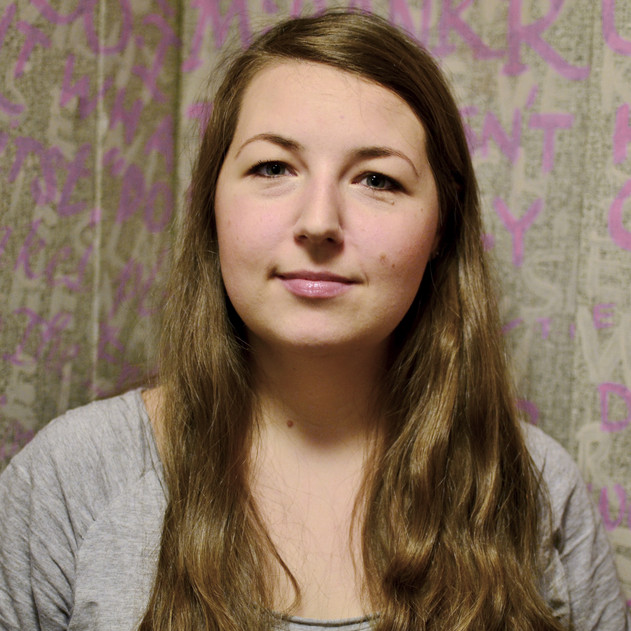 Evelyn Saylor is a composer and performer from New York City, currently based in Berlin, Germany. She writes electronic music for the concert, for the theater, for modern dance, and for film. She is also active as a singer, performer, pianist, synth player, and sound technician for live electronics.

Saylor finds arresting sounds in unexpected places and explores their materiality and sonic properties in her compositions through close recording and electronic manipulation. Found and created instruments, synthesis, processing, field recordings, and the human voice play a large role in her music.

She has received commissions from the Stiftung Bauhaus Dessau, the Academy of the Arts in Berlin, the Heroines of Sound Festival, the STEGREIF.orchester, the Orfeo Duo and others, and was the recipient of the Mellon Elemental Arts Award. She has written music for the theater company The Agency, the choreographer Julian Weber, and regularly collaborates with the choreographer Ruben Reniers. Her work has been performed in the Tischlerei of the Deutsche Oper, the Akademie der Künste, HAU2, Dock 11, and other spaces in Berlin, as well as Merkin Hall and Trinity Church Wall Street in New York, in California, and throughout Europe.

As a vocalist she performs contemporary, pop, and just intonation music. She has collaborated and performed with the artists Dear Reader, Caterina Barbieri and Holly Herndon. She also performs works by others on piano, synthesizer, and live electronics.