For the second die Reihe. Contributions to auditory art and culture event of the winter semester 2017/18 we are very pleased to call Martin Supper our guest. On the occasion of his 70th birthday Prof. Dr. Martin Supper, founding director of the UNI.K | Studio für Klangkunst und Klangforschung of the Berlin University of the Arts and longtime head of the Sound Studies Master’s program, will be presenting classic pieces of multi-channel audiotape music. Among other pieces “Kontakte” (1958-60) by Karlheinz Stockhausen and “Tratto II” (1969) by Bernd Alois Zimmermann will be performed on December 6, 2017 in the Georg-Neumann-Saal.

In his piece “Tratto II”,  Zimmermann immerses the listener with a four channel layering of sine tones, whose calm movement renders Zimmermann’s concept of time and space dilation - Zimmermann called this “the spherical gestalt of time” -  experiencable.

We will discuss the music-aesthetical explosive power of these compositions during this concert and talk evening. Martin Supper, who is renown as musicologist and composer of electroacoustic music and sound art, will give insight into his interpretation of these two most influential works of multi channel audiotape music of the late 1950’s.

die Reihe. Contributions to auditory art and culture is an event series of the Audio Communication Group at Technical University Berlin and the Master’s program Sound Studies at the Berlin Career College at Berlin University oft he Arts. 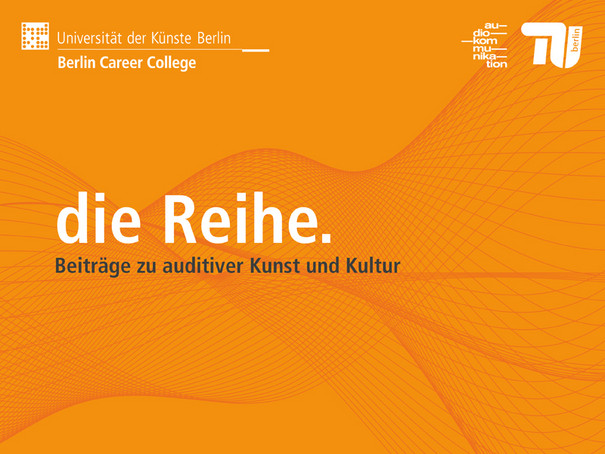