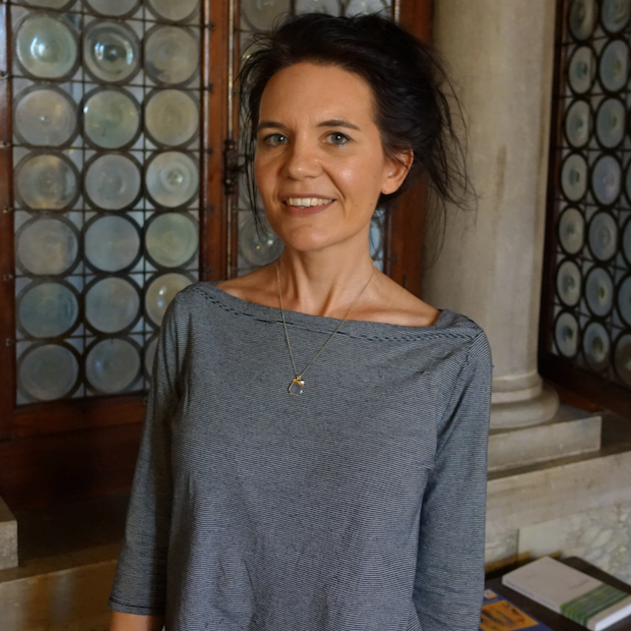 Composer Leah Muir’s music has been performed by many international venues such as the Deutsche Oper Berlin, Bruckner Orchester Linz with Dennis Russell Davies and David Friedman, the Münchener Biennale, Wien Modern, MärzMusik, Academy Schloss Solitude, Wiener Konzerthaus, Konzerthaus Berlin, the Aspen Music Festival, June in Buffalo, Ars Electronica, Soundtrack Cologne, with many established new music ensembles and soloists. She has received many international awards and prizes during her career including a an ASCAP (2001), a Fulbright (2006-7), the German Opera “New Scenes” Prize (2013) the Berliner Composition Stipend (2016), the German cultural exchange program for Venice (2018) to name a few. Muir earned a Ph.D at the University at Buffalo in 2008.

At the Berlin University of the arts since 2015, Muir serves as the Artistic Director and cofounder of Ensemble ilinx, Studio for New Music in conjunction with Prof. Elena Mendoza. Ensemble ilinx plays repertoire from the 20th and 21st century as well as new compositions from students in the UdK composition department. She also organizes the concert series, Zoom + Focus, designed exclusively for student composers from the UdK and HfM, over 200 new works from students have been premiered over the last 8 years. She is a member of Klangzeitort—Institut für Neue Musik UdK HfM, an organization of the Berlin University of Arts and the Hanns Eisler Conservatory, which sponsors new music concerts and other transmedial productions.