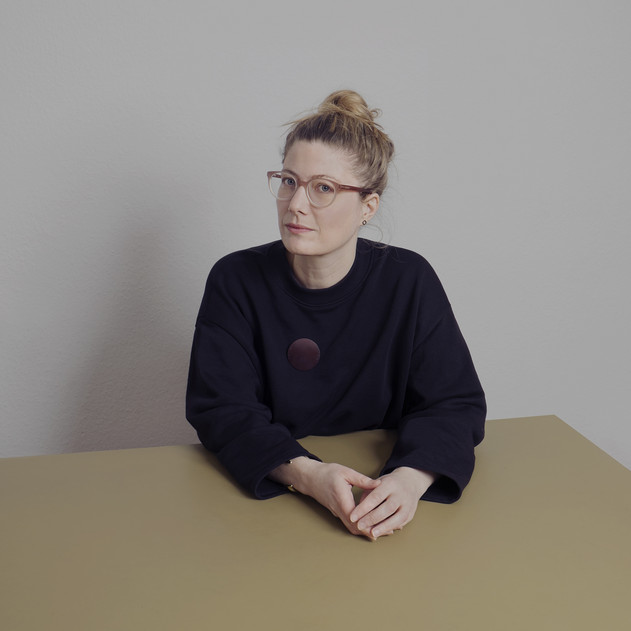 Gabi Schillig (*1977 in Coburg) studied Architecture in Coburg and completed her postgraduate studies in Conceptual Design at the Städelschule - Staatliche Hochschule für Bildende Künste Frankfurt am Main (Class of Prof. Ben van Berkel, Prof. Johan Bettum and Prof. Mark Wigley) before founding her 'Studio for Dialogical Spaces' in Berlin in 2008.

From 2005 to 2007 she has taught Advanced Architectural Design at the Städelschule Frankfurt and from 2007 to 2011 in the Class for Space-Related Systems and Exhibition Design at the Berlin University of the Arts` Institute for Transmedia Design. Since 2005 she has been teaching or lecturing in various transdisciplinary contexts, such as at the Lebanese-American University Beirut, Universität für Angewandte Kunst Wien, FH Potsdam, University of Stuttgart, The Bartlett School of Architecture London, Swedish School of Textiles - University of Borås, Aristotle University Thessaloniki, University of Manitoba Winnipeg, Columbia University New York and Universidade Federal do Estado do Rio de Janeiro.

From 2012 to 2018 she was teaching as Professor for Spatial Design at the Düsseldorf University of Applied Sciences - Peter Behrens School of Arts at the Faculty of Design and has been the vice chairwoman of the Institute for Research in Applied Arts - IRAA (2015 - 2018). In 2016 she was constituted as a personal tutor by the Studienstiftung des Deutschen Volkes (German Academic Scholarship Foundation).

In April 2018 she was appointed as Professor for Spatial Design and Exhibition Design at the Berlin University of the Arts at the Institute for Transmedia Design.

In her artistic practice and teaching Gabi Schillig investigates contemporary and future questions of spatial design such as the relationship between space and body, the evolution of spatial systems, the potentials of materiality and the experimental use of analogue and digital design methodologies. Her conceptual approach results in multi-sensorial, dialogical structures and spaces of communication on multiple scales and in different contexts within spaces, cities and landscapes that lead to the emergence of an experimental spatiality that is based on social and physical processes and connect materiality and interaction in an immediate way.