For some time now, artist Salwa Aleryani has been following infrastructural inaugurations through various means and materials; reading images of foundation laying ceremonies as a hybrid of architecture, monument, and sculpture, with a tension of performativity and fragility.

During the last decade Yemen and its neighboring countries witnessed a surge in foundation laying ceremonies. If anything, a curious moment arose and many foundation stones marking the start of infrastructural projects were laid, sometimes more than once, especially as political powers shuffled. Today much of the same unfolds, against a background of conflict and in the name of reconstruction. Despite the sameness of the scenes, a second glance reveals some differences: old actors evolved, new actors emerged. Occasionally the lone woman in the all-male crowd appears, and she smiles as though she were squinting at the future through heavy smoke.

The program presents these interweaving observations, and brings into conversation different artists, writers and thinkers whose work shares similar concerns.

For the revised online program, Hira Nabi’s film, All that Perishes at the Edge of Land  is screening online from November 23 to December 7, and is available with both English and Arabic subtitles.

In this docu-fictional film, “Ocean Master” – a container vessel that is anthropomorphized and given a voice of its own – enters into a dialogue with several workers at the ship-breaking yard at Gadani, Pakistan. The conversation moves between dreams and desire, places that can be called home and the structural violence embedded in the act of dismembering a ship at Gadani.

The film also serves as a prelude to a forthcoming written dialogue with Hira Nabi, as well as an audio-recorded conversation between Salwa Aleryani and political scientist Laleh Khalili, joined by Övül Durmuşoğlu.

Hira Nabi is a filmmaker and multimedia artist whose practice moves across research and visual production. She lives and works in Lahore, Pakistan.

Laleh Khalili is a Professor of International Politics at Queen Mary University of London and author of Sinews of War and Trade: Shipping and Capitalism in the Arabian Peninsula.

The series of events is a cooperation between the Haus der Kulturen der Welt and the Graduate School at the Berlin Centre for Advanced Studies in Arts and Sciences (BAS) of UdK Berlin. 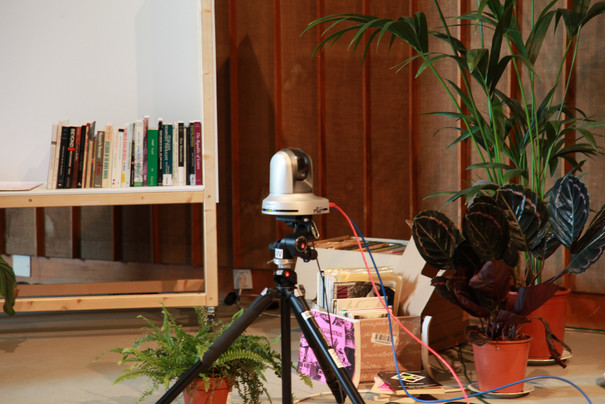