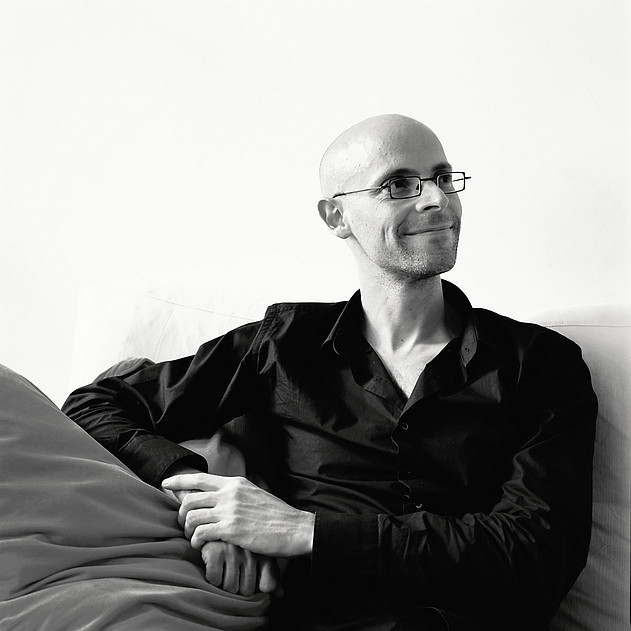 Mauro Lanza, born 1975 in Venice/ Italy, studied piano and composition at the conservatory of his home town. He completed his studies when he attended the annual course of composition and computer music from 1998 to 1999 at IRCAM in Paris. He was a fellow of the Civitella Ranieri Foundation (2006), the Academy of France in Rome (2007/ 2008) and the Akademie Schloss Solitude (2009/ 2010).

Tingled with irony, his compositions are the result of an ever increasing effort towards an intimate fusion of classical instruments with other less conventional sound sources: physical modeling synthesis, toy instruments, noisemakers, various specimens of „objets trouvés“ and custom-made machineries such as the rain machine employed in „Le nubi non scoppiano per il peso“ (2011), or the „augmented“ house-appliances in „Regnum Animale“ (2013) and „Regnum Vegetabile“ (2014), pieces composed in collaboration with Andrea Valle.

Beyond his purely musical production, Mauro Lanza has a proclivity for interdisciplinarity. In 2004 he composed the music for the ballet „Le Songe de Médée“, a commission of Opéra de Paris and IRCAM on a choreography by Angelin Preljocaj. He also wrote the music for „Descrizione del Diluvio“ (2008), a video-opera for 12 musicians, electronics and video, a collaboration with the videoartist Paolo Pachini. In 2009 a large electronic score accompanying Benjamin Christensen’s silent movie „Häxan“ (1922) was commissioned by Musée du Louvre in Paris. In 2011 he worked with Jean-Michel Othoniel on a visual- and sound-installation for Centre Pompidou.

In 2014 Italy’s National Association of Music Critics awarded him the prestigious Franco Abbiati Prize in the category „best creation“.